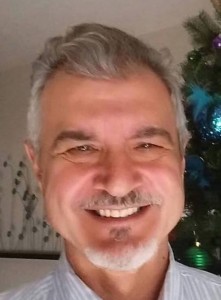 Claudio Álvarez-Dunn has resurfaced in the Puerto Rican journalism scene after a 7-year absence. He has started a new job as Managing Editor of El Vocero newspaper.

He previously worked as Managing Editor of Puerto Rico’s Primera Hora until June of 2008, when he was ousted from the paper.

During his time out of a newsroom, Claudio became a yoga instructor and spent two years as the Press Officer for the Puerto Rican Soccer Federation.

He joins El Vocero two years after it went bankrupt and was salvaged by a group of local businessmen, who turned it into a free daily.

“For me, this has been like a ‘rebirthing’… a special opportunity to contribute my 35 years of experience in the media in a new project that keeps this venture afloat with a group that’s very motivated to keep reporting via the paper and new platforms,” says Claudio. “It’s a big challenge, where ink and the stress of publication deadlines are again running through my veins.”

Prior to working at Primera Hora, he spent 10 years at El Nuevo Día (owned by the same company) in San Juan as a foreign news editor, business copy editor, news desk editor and reporter.