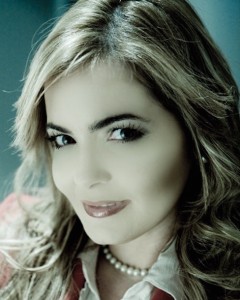 Maite Luna is leaving Miami for a position as anchor/reporter for the 5 and 10 pm newscasts at Telemundo Austin.

She starts the new job on Monday, December 21.

For the past two years, Maite has been working as on-air talent and producer for ¡Hola! TV and reporting for Radio Martí.