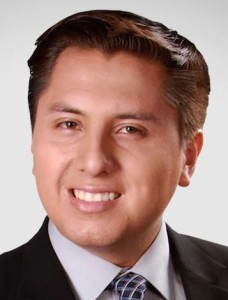 New York’s Telemundo 47 continues its talent expansion with the addition of Cristian Benavides as reporter for its 5:30, 6 and 11 pm newscasts. He’ll make his on-air debut in early February.

Cristian joins WNJU from sister station KTAZ Telemundo Phoenix, where he was a weekday reporter since 2014. He previously worked for WZDC Telemundo Washington as a political analyst. Before that, he spent a year as a news reporter at WVEA Univision Tampa Bay.

According to Telemundo, the station, which celebrated its 50th year anniversary last year, has expanded its news roster by adding eight news anchors and reporters, including Cristian and Luis Gerardo since 2014.