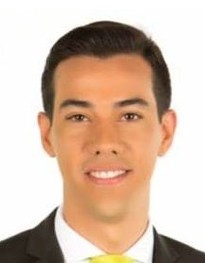 Luis Gerardo Nuñez is moving to New York to become a reporter for Telemundo’s WNJU. He starts the new job tomorrow, January 18.

He joins WNJU after just a weekend break from KXTX, the network’s station in Dallas, which gave him an on-air sendoff on Friday, his last day.

Luis Gerardo joined Telemundo Dallas as a VJ in November of 2014. He previously worked as a reporter for WGEN MundoFox and Telemundo’s WSCV-51 in Miami. He began his journalism career at Venezuela’s Globovisión.