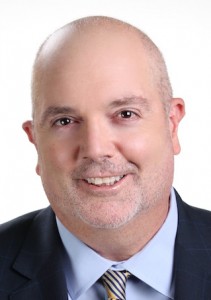 Alberto Mier y Terán has been hired to run a cluster of Midwest Television, Inc.’s radio and television stations in San Diego. He takes over as President and General Manager of CBS 8/KFMB-TV, Me-TV, 760 AM KFMB, 100.7 KFM-BFM and KFMB Interactive, effective February 1.

Mier y Terán tells Media Moves he’s happy to return to a city he calls home: “San Diego is home for me. I grew up in Tijuana/San Diego and worked in the media business in San Diego for 19 years. I still own a home there.”

The move also marks a return to KFMB for Mier y Terán, who worked at the station as a Regional Sales Manager from 1995 to 1999, before moving to Entravision, where he was VP and GM of the Univision and Telefutura affiliates in the San Diego.

He transitioned to Univision in 2010, when he became VP and GM of WGBO 66 and Telefutura WXFT 60. A year later, he was named VP of KMEX-34 in Los Angeles. While in L.A., he received multiple promotions until reaching the position of EVP of Univision Television Group. He exited the company last year, during a leadership reorganization.