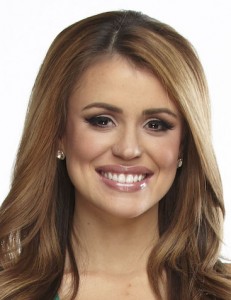 Carolina Sarassa has started a new job as correspondent for Univision network news magazine “Aquí y Ahora,” based in Miami.

Carolina, who most recently freelanced for Telemundo 52 in Los Angeles, was correspondent and news anchor for MundoFox news until July of last year when RCN cancelled the national newscast, laid off almost all of its staff and changed the name of the network to MundoMax.

Before MundoFox, she was an anchor/producer for Univision affiliate KINC in Las Vegas and a correspondent for “Primer Impacto.”

Before moving to Nevada, she anchored and reported at KORO, the Univision affiliate in Corpus Christi.

Her new job marks Carolina’s return to “Aquí y Ahora,” where she began her career as an associate producer.

An Emmy-award winning journalist, Carolina is also the co-author of the true crime book, Dancing on Her Grave.