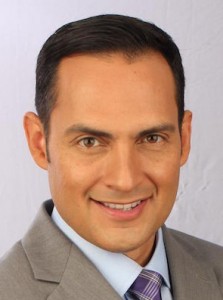 Iván Taylor has resigned as Telemundo network news correspondent. He joined the network in October of 2014, based out of Houston.

A company spokesman said Iván’s exit was “amicable” and that Telemundo wished him “the best of success in the future.”

Iván tells Media Moves it was a hard decision to leave, but that family comes first.

“I resigned because of a family illness to be close to my loved ones. It wasn’t an easy decision, but it was the right one. I am thankful to Telemundo for all the experience, opportunities and growth in these 16 years with the company and I thank them for understanding my decision.”

Iván says he’s putting his career on hold during this time and insists he has no job lined up.

Insiders, however, say that due to a non-compete clause in his contract, he’ll be off the air for several months and will eventually move to a job at rival Univision.

Before joining the network, Iván spent 3 years as a reporter and anchor at WNJU Telemundo 47 in New York and 12 years at WSCV Telemundo 51 in Miami.

* This story was updated to include a comment from Iván Taylor.