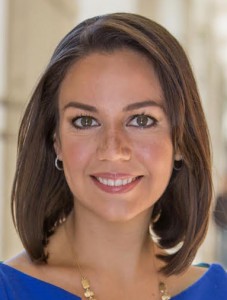 Janet Rodríguez has left her position as Telemundo network news correspondent in Chicago.

A multi Emmy-award winning journalist, she’s moving over to rival Univision to fill the newly created position of White House correspondent, based in Washington, D.C.

Sources say Janet was introduced at Univision’s Miami headquarters this week as the newest member of the network’s D.C. news team.

She is set to start the job towards the end of April.

This marks a return to D.C. for Janet, who began her broadcast career as a reporter at Telemundo affiliate WZDC-TV after graduating from American University.

In 2008, she was hired as a reporter at KTAZ, Telemundo Phoenix. She worked there for almost 5 years until getting picked up by the network in 2013, becoming Telemundo’s first Chicago-based correspondent.

No word yet on Janet’s replacement at Telemundo.