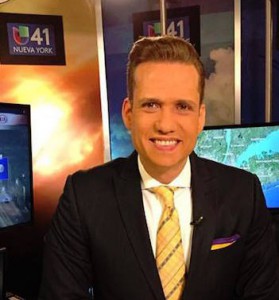 Rafael Bello, ousted from WNJU Telemundo 47 in New York in July of last year, has found a new home at rival WXTV Univision 41.

He has started a new gig as a freelance weather and traffic anchor for “Al Despertar,” Univision’s 5 to 7 am morning newscast.

Before moving to New York, he worked as a radio host/producer for Desde las Gradas Radio and sports anchor for Noticias SIN in his native Dominican Republic.