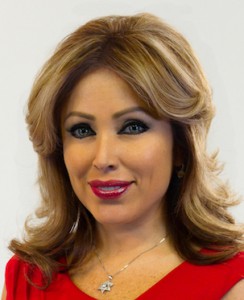 Marián Albornoz is the new weekday anchor and producer for “Noticias Univision Central Florida” at 6 and 11 pm.

She replaces Soraya Galán, who had been anchor at the Entravision Orlando station since 2014, and who is no longer with the company.

Marián was most recently a general assignment reporter at WNJU Telemundo 47 in New York and was also a correspondent for the network’s national newscast, “Al Rojo Vivo” and “Un Nuevo Día.”

She was previously a sports commentator for WADO-AM Univision Radio in New York and an entertainment correspondent for Venevision’s now-defunct talk show ”Viviana a la Medianoche.”

Diana was previously the on-air personality for Salsa’s afternoon drive time (3-7 pm) and JJ moved from weekends to weekday afternoons.