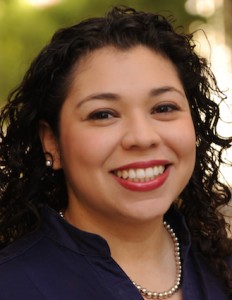 Today is Blanca Torres’ last day as an economy reporter for the Seattle Times. She leaves Washington state to return to the San Francisco Bay Area and her previous employer.

She is scheduled to start as a real estate and economic development reporter for the SF Business Times on May 23.

“My husband and I decided to relocate back to the Bay Area for his job and fortunately for us, my former employer offered me the chance to return and cover real estate and economic development,” Blanca tells Media Moves.

“I will miss my colleagues in Seattle, which has been a great place for me to learn and produce compelling pieces as an editorial writer, columnist and reporter. But I’m also looking forward to taking on a busy and dynamic beat in a newsroom I know well.”

Blanca, who joined the Seattle Times as an editorial writer and columnist in September of 2014 and became an economy reporter in January of this year, was the first Latina to be on the paper’s editorial board.

She previously spent 6 years as a reporter at the SF Business Times. Before that, she was a business writer at the Contra Costa Times.