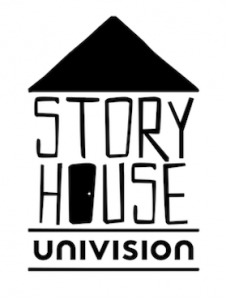 Univision is launching a development and production studio, based out of Los Angeles.

The studio will be part of the company’s recently announced Fusion Media Group.

Camila Jiménez Villa, who will be President and Chief Content Officer of the Fusion Media Group, will oversee Story House. Juan Rendón and Silvana Aguirre will be Creative Directors and Christian Gabela will assume the role of VP and General Manager, helping lead strategy and partnerships and managing the daily operations.

The team will report to Isaac Lee, Chief News and Digital Officer for Univision Communications.

Last March, Univision Story House inked a production deal with HBO for two projects: 10-part series “Outpost” and “Hate in America,” a 1-hour special that investigates hate groups and their influence in the United States.

Prior to running Story House, Gabela held business development positions at Univision Digital and the Office of the CEO. Before joining Univision, he spent five years at Telemundo Network and Studios working in programming and production finance and operations.

Rendón previously oversaw Univision’s documentary unit, which produced content for Univision and Fusion. He is the creator of “Outpost,” which will premiere on HBO. Since joining Univision in 2011, Rendón has directed and produced over 15 documentaries including “Rape in the City,” done in partnership with Frontline.

Aguirre was Creative Director for UniMás prior to joining Story House. Her films have toured more than 100 film festivals worldwide and have been honored with numerous awards.