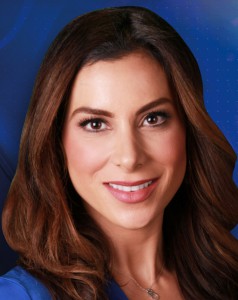 KTAZ Telemundo Phoenix has picked its next female anchor. Jimena González has been named weekday co-anchor for Noticiero Telemundo Arizona.

Jimena will replace Rebeka Diaz, who was promoted to Telemundo network correspondent.

Prior to her move to the United States, she worked in her native Mexico as a radio for Uniradio 1470 AM and as a co-anchor for Síntesis TV in Tijuana.