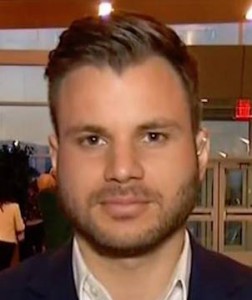 Reporter Julio Poletti has quit his job at KDEN Telemundo Denver to go back to school. He’s moving to New York City, where he has been accepted at the NY Film Academy.

“I’m going to study film, journalism, storytelling and documentaries,” Julio tells Media Moves. “I want to polish my skills. I’m still a journalist and I hope to soon return to NBCUniversal/Telemundo with a lot more to offer.”

He starts classes on July 11.

Julio joined Telemundo Denver in 2014 as an MMJ for the station’s weekday newscasts.

Prior to Denver, he was a story producer for Reset TV, working on Telemundo’s reality show “Yo Soy El Artista.”

He was previously a columnist and reporter for Venue magazine and a freelance associate producer for MundoFox and Univision.