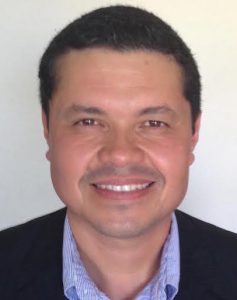 Another reporter is abandoning the editorial team at La Opinión. Isaias Alvarado, who worked for the Spanish-language daily for the past 9 years, has accepted a job as a reporter with Univision Digital.

His last day at La Opinión is Friday, August 6. He starts at Univision on Monday, August 8.

“In the midst of the turbulence U.S. news papers are going through, Hispanic ’Generation X” reporters have found a new runway in digital journalism. My departure from La Opinión is to seek better job opportunities,” he tells Media Moves.

During his tenure at the paper, he has covered Mexican communities, city government, education and immigration.

The L.A. native started his journalism career in Mexico as a TV and radio reporter for the government-run Radio y Televisión de Guerrero (RTG) in 2001. After two years, he moved to the now defunct newspaper Milenio Guerrero in Acapulco.

Alvarado is the latest in a series of staffers to leave the paper. Last week, editor Carlos Avilés said his good-byes. Less than a year ago, reporter Jorge Morales left to join Univision Digital and Yurina Melara took a communications job for Covered California.

In addition to those departures, several other employees were laid off, including reporter Marvelia Alpízar. In May, entertainment editor Josep Parera and Henrik Rehbinder, the paper’s editorial page editor, were also cut from the full-time payroll. Rehbinder had been with the company for 30 years.

Last week, La Opinión and Telemundo announced a content partnership. With an almost empty reporter roster, the paper stands the most to gain from the agreement.