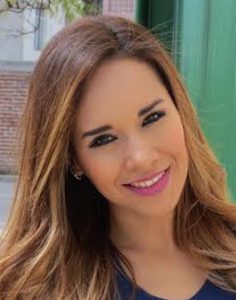 Univision’s Sacramento station KUVS-19 has a new addition to its morning team. Grecia Carrillo’s has joined “A Primera Hora” as its new morning weather and news anchor.

She was introduced during the morning show on Friday, July 29, but officially made her debut today.

Grecia arrives to Sacramento from León, Guanajuato, where she was a morning anchor for Milenio TV since 2012. She has also been a radio host for Ultra 98.3 FM.