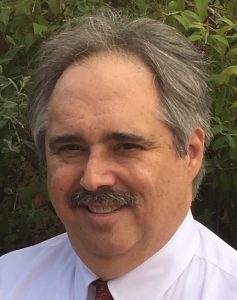 After more than 30 years in journalism, Dino Chiecchi is moving to a career in academia.

He left his position as Managing Editor for presentation and website at the El Paso Times, where he worked since April of 2015.

“I will miss everyone at the Times. It is a solid newspaper and man-for-man, or woman-for-woman, it has one of the best staffs I’ve ever had the pleasure to work with. The leadership there is solid,” Dino tells Media Moves. But, he says, it was time to move on.

He starts a new job today as associate professor of practice at the University of Texas at El Paso.

“I’m thrilled. I had hoped for years that this would be the next phase in my career, but didn’t expect it to happen so soon, here in my hometown and at my alma mater.”

A former President of the National Association of Hispanic Journalists, he also will serve as adviser to the NAHJ student chapter at UTEP.