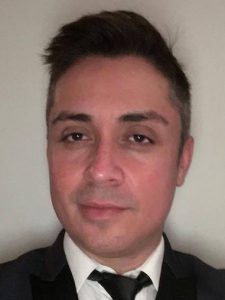 KMEX 34 morning producer Mario López is saying good-bye to mornings, Los Angeles and Univision. Today is his last day at the station.

He has accepted a position as a weekday Content Producer at WWSI Telemundo 62 in Philadelphia.

He’ll be moving after Labor Day and is scheduled to start on Monday, September 12.

“I will forever be thankful to Univision. It was my school, where I learned everything,” he says.

Mario spent his 18-year journalism career at Univision, starting as an assignment editor and producer at KFTV 21 in Fresno in 1999.

He moved to WXTV 41 in New York in January of 2004 to take on a news producer role for two years, before returning to his home town of Los Angeles in 2006, where he was morning show producer at KMEX, winning his first Emmy for Best Morning Newscast in 2015.

Mario is excited about the next phase in his career. Telemundo 62 is housed with NBC 10 in Philadelphia, so he says he will also be collaborating with the English-language news team, which is what really attracted him to make the jump to Univision’s rival network.

“I just couldn’t say no to the opportunity.”