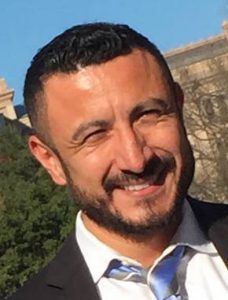 He replaces Miguel Gaytán, who left Univision in June to become News Director of Telemundo Phoenix.

Martínez rejoins the station from KWEX 41 Univision San Antonio, where he was News and Operations Supervisor since 2014, organizing day-to-day workflow and special projects for the news team,  and coordinating coverage of major events.