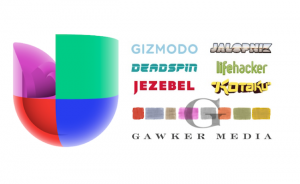 Univision today officially confirmed it is acquiring Gawker Media Group, Inc.’s digital media assets for $135 million after it made a bid for the company in a bankruptcy sale.

As part of the deal, Gizmodo, Jalopnik, Jezebel, Deadspin, Lifehacker and Kotaku “will be integrated into Fusion Media Group (FMG).” But it won’t  operate Gawker.com, which will shut down next week.

In a blog post published today on Gawker, reporter J.K. Trotter wrote about the site’s shutdown and that staffers would be assigned to other editorial roles at another one of the Gawker Media sites or within Univision. But that “near-term plans for Gawker.com’s coverage, as well as the site’s archives, have not yet been finalized.”

Calling it a “strategic acquisition,” Univision states it expects FMG’s digital reach to rise to nearly 75 million uniques, or 96 million uniques when including its extended network. And it’s part of its plan to attract and “young, cross-cultural influencers.”

Univision formed FMG earlier this year as a multi-platform destination for millennial.