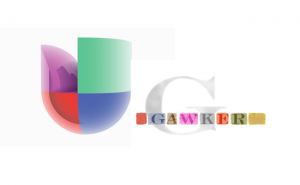 Univision was reportedly one of only two bidders trying to acquire Gawker.

Magazine and internet publisher Ziff Davis had offered to pay $90 million for Gawker Media, which in addition to the Gawker blog, owns Jezebel, Deadspin, and Kotaku.

The auction took place today. No comment yet from Univision.

Recode got this statement from Gawker Media owner Nick Denton: “Gawker Media Group has agreed this evening to sell our business and popular brands to Univision, one of America’s largest media companies that is rapidly assembling the leading digital media group for millennial and multicultural audiences. I am pleased that our employees are protected and will continue their work under new ownership — disentangled from the legal campaign against the company. We could not have picked an acquirer more devoted to vibrant journalism.”

Gawker Media was forced into bankruptcy in June after it lost an invasion of privacy lawsuit, resulting in a $140 million court judgment in favor of former professional wrestler Hulk Hogan, who sued the online pub for publishing excerpts of a tape of him having sex.

According to POLITICO, a judge will certify Univision’s winning bid later this week and the sale will officially close early next month.

Univision has expanded its digital reach with other acquisitions. In 2015, it bought The Root and earlier this year it purchased a 40.5% controlling stake The Onion.