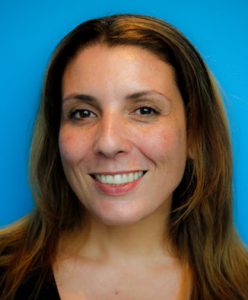 Lulu García-Navarro is leaving Brazil, where she has been based as NPR’s South America Correspondent since 2013.

She’s moving to Washington, D.C. to take over as the permanent host of the radio network’s Weekend Edition Sunday starting in January. She replaces Rachel Martin, who moves to weekdays to co-host Morning Edition.

Lulu will become the first Latina permanent host of an NPR news magazine.

“When Lulu started filling in, with all her deep experience, great interviewing skills, and welcoming presence, she emerged as a clear candidate for a hosting job,” an NPR spokeswoman tells Media Moves.

Lulu has been an international correspondent for NPR for over 11 years, joining the company in 2004 as Mexico City Bureau Chief. She relocated to Baghdad in 2008, where she oversaw NPR’s Iraq coverage. She moved to Jerusalem a year later, leaving Israel in 2013 to open NPR’s Brazil bureau.

NPR has been strengthening its efforts to recruit Latino journalists and produce more relevant programming for its growing Latino audience.