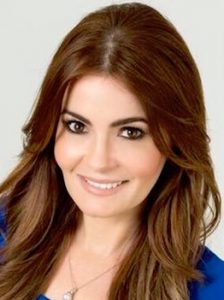 Less than a year after taking a job as anchor and reporter at Telemundo Austin, Maite Luna is leaving the station. Today is her last day.

“I am very grateful for the opportunity Telemundo Austin gave me,” Maite tells Media Moves. “I’m returning to Miami for family reasons.”

Prior to accepting the job in Austin, Maite worked as on-air talent and producer for ¡Hola! TV and reported for Radio Martí in Miami.