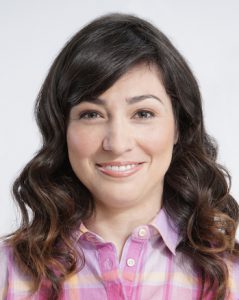 Impressionist, actress and comedian Melissa Villaseñor will make history by joining NBC’s Saturday Night Live as the first Latina on the long-running show.

She comes on board SNL for its new season, which premieres October 1.

The California native, who was a top 16 finalist on Season 6 of America’s Got Talent, participated in this year’s NALIP comedy showcase hosted by fellow comedian Al Madrigal.

During that comedy jam, Melissa demonstrated her incredible talent, delivering a performance that wowed the audience.

Her hiring comes after a lot of criticism over the lack of talent diversity on SNL.

Only two Latinos have ever been cast in the history of SNL: Chilean-born American actor Horacio Sanz, whose stage name is Horatio Sanz, from 1998 to 2006 and Fred Armisen, whose mother is Venezuelan, from 2002 to 2013.

You can check out Melissa’s amazing talent in the videos below: