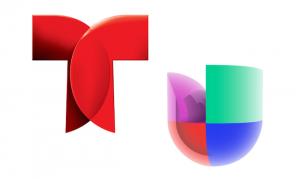 Telemundo continues to ride its historic primetime winning streak over Univision for a 9th week in a row, dispelling any notion that its ranking as the #1 Spanish-language television network in the key adults 18-49 demo was a fluke.

When Telemundo first toppled Univision from its perch as the #1 network in primetime back in July, many thought it would be a one time feat attributed it to the finale of the powerhouse series “El Señor de los Cielos.”

But today, Telemundo celebrated not only a 9th consecutive week win in primetime among adults 18-49, but a win among total viewers for the season, according to Nielsen.

“Our success in primetime is really the result of a lot of work our entire team has done over the past 24 to 36 months,” Telemundo President Luis Silberwasser tells Media Moves. “We are redefining Hispanic television,” he says, referring to the new slate of edgier, original programming the network is producing.

Telemundo also delivered its highest-rated season ever in Monday-Friday primetime, with 1.7 million total viewers, up 4% from last year.

Telemundo’s 10 pm timeslot has been a huge success for the network, fueled by intense narco-drama series. This marks Telemundo’s second consecutive season as the #1 Spanish-language television network Monday-Friday at 10 pm among adults 18-49.

* You can read a more in-depth article I wrote on Forbes about the significance of Telemundo’s historic extended ratings win, which includes an interview with the network’s president Luis Silberwasser