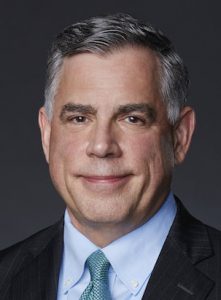 NBCUniversal Telemundo Enterprises announced today it has named Ray Warren to the newly created position of President, Telemundo Deportes. He starts in his new role on September 19.

The company has strategically rebranded its sports division back to its original name, Telemundo Deportes, after a little more than a year living under the NBC Deportes banner.

Warren will be based in Miami and report to César Conde, Chairman of NBCUniversal Telemundo Enterprises.

In his new role, Warren will oversee the company’s growing sports business and lead its strategy across all its platforms and networks.

He’ll be responsible for developing opportunities for both existing franchises and future acquisitions with a focus on the FIFA World Cup properties.

Warren joins NBCUniversal Telemundo Enterprises from NBC Sports, where he was EVP and Chief Revenue Officer of NBC Sports Regional Networks for the past 8 years.

During his 30-year career, he has held several senior level positions, including as President of Carat Media Group Americas, Managing Director of OMD USA, and President and CEO of Raycom Sports and VP of Sales at ABC Television Network.