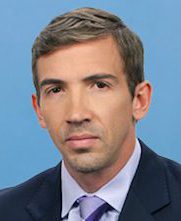 Alonso Castillo has started a new job as a Video Journalist at WZDC, the Telemundo affiliate in Washington D.C.

He was most recently an investigative reporter and MMJ at Telemundo’s KSTS 48 in San Jose. He left the station in August after almost two years.

His first broadcast was on Monday, October 17.

Alonso was a corporate lawyer, before switching careers to become a journalists, starting as a correspondent for Mexico’s newspaper “Reforma” in Mexico in 2009.

In 2011, Alonso landed a TV host position with SOi TV in Miami, a late-night variety show, until his start In 2012 with V-Me Media Inc, a PBS affiliate.