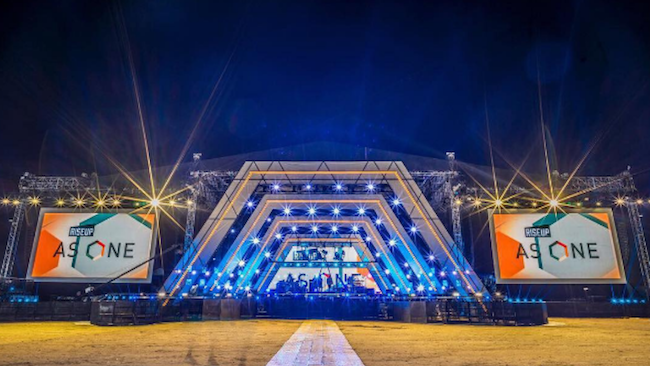 Univision and the Fusion Media Group have set the stage for its U.S.-Mexico border “RiseUp as One” concert.

The networks organized the event as a way to “bridge the border” and celebrate “inclusiveness, diversity, and global unity” through the language of music with the help of a multitude of international artists who will be performing at the event held at the Cross Border Xpress (CBX) in San Diego.

The music concert will be broadcast live coast-to-coast from 7 to 10 pm, ET/4 to 7 pm, PT  Saturday, October 15 on both Univision and Fusion networks.