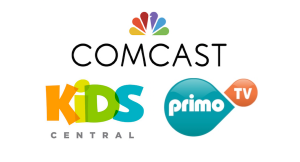 Kids Central and Primo TV will be English-language educational networks for bicultural children.

These networks count towards the 10 new independently owned and operated networks Comcast committed to launching in 2011 to get FCC approval of its acquisition of NBCUniversal.

You can read more details about Kids Central and Primo TV on Forbes.