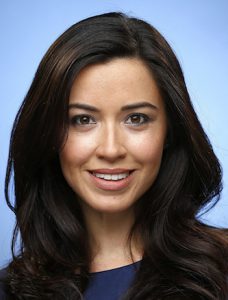 A USC Annenberg and Harvard Kennedy School of Government graduate, Campoverdi is a former White House Deputy Director of Hispanic Media for the Obama administration, who spent two years as Senior Advisor for Innovation and Communications Strategy for Univision Network News and Fusion.

She is the second Latina journalist entering a now crowded race. Wendy Carrillo announced her run on December 5.

According to the LA Times, there are currently a total of 10 candidates that will participate in a special election for the seat.