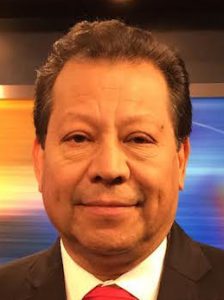 Jose Gaspar is leaving KBAK after 28 years as a reporter for the Bakersfield station.

His last day at the CBS affiliate is Friday, December 30.

Starting January 2, Gaspar will move to the anchor desk and to Spanish-language news when he joins KGET-17 Telemundo Valle Central.

Hell be co-anchoring weekday newscasts at 5 and 6 pm alongside his wife Norma Gaspar.

Born in Mexico and raised in Chicago, Gaspar started his news career in radio job in the early 1980s, switching over to TV when he landed a job at KECY in El Centro/Yuma.