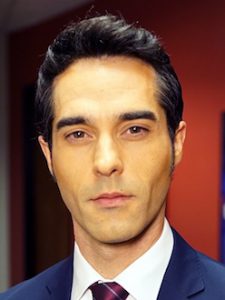 KBLR Telemundo Las Vegas has hired Antonio Texeira as the new co-anchor for the station’s weekday newscasts at 5, 5:30, 6 and 11 pm.

His first day will be Monday, December 19.

Texeira will co-anchor with Alejandra Ortiz, who joined the show in March of this year.

Prior to joining Telemundo, Texeira worked as an anchor for RT International Network in Russia.

A native of Mérida, Spain, Texeira has also worked for various Spanish networks including TVE, Antena 3, Telecinco and Cuatro. He has also done investigative reports for newspaper El Mundo.