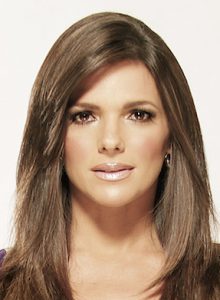 Univision has decided not to renew the contract of “Primer Impacto” co-host Bárbara Bermudo.

Her departure was effective today, with Pamela Silva Conde hosting the show by herself.

A spokesperson confirmed Bermudo is no longer with the company, saying “we thank Barbara for her contributions and wish her well.”

Bermudo has been co-hosting “Primer Impacto” for over 14 years. When she first started in 2002, she was Myrka Dellano’s co-host.

In the years since, she has shared co-anchoring duties with Fernando del Rincón, Ilia Calderón, and most recently, Pamela Silva Conde, who will remain in her current role.

Univision says it will be making announcements about the show in the coming weeks.