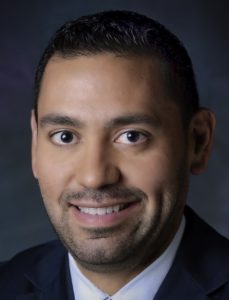 Ramón Escobar gets expanded duties at CNN. He has been promoted to Vice President of Diversity and Inclusion for CNN Worldwide. He remains based in New York.

He replaces Geraldine Moriba, who left the post in December.

In addition to his diversity and inclusion role, Escobar will continue to oversee the recruitment and development of on-air talent as VP of Talent Recruitment and Development.

He will also chair CNN’s Diversity Council, as well as offer strategic guidance on issues of diversity to the CNN management team.

Escobar joined CNN as VP of Talent Recruitment and Development in 2012. He previously worked at Telemundo Network as EVP of News from February 2010 to September 2011 and as Sr EVP of Entertainment from 2003 to 2006.

Some of Escobar’s past positions include VP at Sucherman Consulting Group, EP at MSNBC, and VP and News Director of WTVJ, the NBC O&O in Miami.