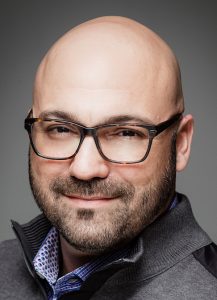 Univision finally has someone taking over the leadership of its radio division. The company today announced it has hired Jesús Lara as General Manager of Digital, Content, and Entertainment for Radio.

The position had been vacant for almost a year, since the sudden death of Alejandro Nieto Molina last January, after barely a week on the job.

He’ll be based in Miami and report to John Eck, Chief Local Media Officer. He will work closely with UCI’s President of Music, Jorge ‘Pepo’ Ferradas, to align with the company’s broader music strategy.

Lara was most recently EVP of Digital Media Strategy at Spanish Broadcasting System, where he spent three years. He has also held executive roles at Viacom, where he was an SVP of Music Programing and at EMI Music, where he was VP of Marketing.