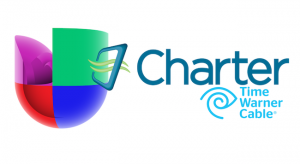 Univision starts the month of February with a blackout of its networks on Charter cable.

As of midnight ET, Charter customers can’t to tune in to any of the media company’s networks, including Univision, UniMás, Galavisión, Univision Deportes, El Rey and local owned and operated stations.

Univision, which sued Charter last year accusing the cable operator of breach of contract over carriage fees after its $71.4 billion dollar acquisition of Time Warner Cable, last week started a campaign warning viewers they could lose access to the Spanish-language networks and urged them to call Charter to demand to keep them on the air.

In the complaint, Univision alleges Charter purposely avoided negotiating a carriage agreement, which expired June 30, 2016, in order to try to take over TWC’s lower programming fee deal when the merger was completed.

Univision wants to negotiate better carriage rates with Charter than what it had with TWC. Charter wants Univision to honor the lower rates TWC had secured in its distribution agreement.

As soon as the networks went dark, Univision issued the following statement:

“Charter Communications has continually rejected all of UCI’s repeated, good-faith efforts to reach an agreement. As a result, Charter has decided to deny its subscribers continued access to Hispanic America’s most popular entertainment and sports, and most trusted news content. Over the past few days, Charter’s subscribers have demonstrated an overwhelming level of support for Univision’s content through an outpouring of calls to Charter. Despite this huge customer outcry, Charter still refuses to value Univision’s content and the audience we serve. Charter’s recent acquisition of Time Warner Cable and Brighthouse, making it the second largest cable and broadband company in the U.S., gives it immense marketplace power. Given the size of the distribution platforms that it controls, Charter has an obligation to its customers to provide them with access to content that is in-language and in-culture, which is vitally important during these politically volatile times. This is part of a continuing fight against mega mergers to ensure that there are diverse voices and opportunities for minorities in the media marketplace. Univision’s top priority remains steadfast: providing critical news and information to empower and serve the Hispanic community. We are ready to resume good faith negotiations immediately and hope Charter will do what is right for its Hispanic customers.”

When asked about the ongoing negotiations, a Charter spokesperson insisted in a statement on Monday: “We have a contract with Univision and expect them to honor it.”

You can read more about what’s at stake for Univision with the blackout on Forbes.

2/2/17 Update: a judge ordered Univision to restore the signal on Charter. Read the story on Forbes.