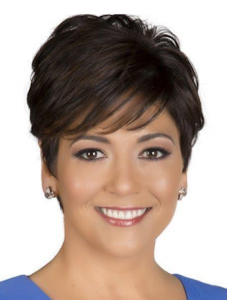 After a 20 year-run at Telemundo’s KVEA 52 in Los Angeles, anchor and reporter Azucena Gómez is signing off from the station.

She anchored her final newscast on Sunday and today is her last day.

She notes today marks exactly 20 years since she started at the station, coinciding with another significant date:

“The 20-year anniversary of the North Hollywood bank robbery and shooting – my first assignment with Telemundo two decades ago,” she recalls.

Gómez says she decided to resign to launch a consultancy firm focusing on financial literacy.

“A few years back when my husband I took a better look at our saving for the future, we saw we were far from ready for when that day would come. We looked further into it for ourselves first and realized that so many families were on the same boat and need as much guidance as we did,” she tells Media Moves. “Fast forward three years, we are taking on the task of spreading financial literacy to empower communities and fight poverty.”