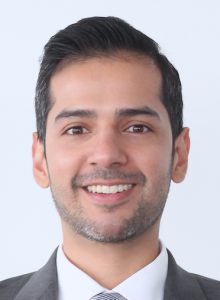 He had been reporting for the news magazine in New York City for over five years.

Telemundo news management, looking to beef up its New York coverage, is moving Arias to its network news team.

Starting Thursday, he joins “Noticias Telemundo” as a second correspondent in the New York bureau, tackling investigative and long-format stories.

Prior to taking the job at ARV, Arias spent more than two years as a multimedia journalist at Univision Las Vegas, where he started his on-air career in 2009.