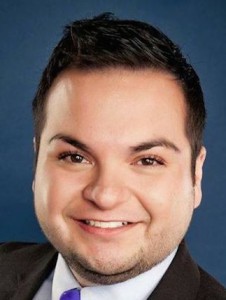 Travis Ruiz has left KVII in Amarillo where he was Assistant News Director since 2014.

He starts the new position on Monday, February 13.

“It’s been my goal – working toward becoming a news director,” Ruiz tells Media Moves about the move. “It’s a bittersweet moment for me. KVII has been my second home for so long.”

Ruiz did two stints at KVII. He previously worked at the station as Interactive Managing Editor and Social Media Manager, also reporting on-air from 2011 to 2012.

Before rejoining KVII, he was a Social Media Manager and reporter for KXRM in Colorado Springs.