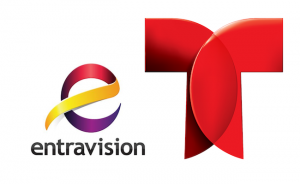 For over 20 years, Entravision’s XHAS in San Diego has been a Telemundo affiliate. But that relationship is coming to an end.

Telemundo has decided not to renew its affiliate deal with Entravision so it can launch own station in the country’s No. 12 Hispanic DMA.

Telemundo has already posted multiple job openings for its new O&O, which will be based inside the NBC owned-and-operated television station.

A source says Telemundo San Diego will air on a digital subchannel. A Telemundo Station Group spokesperson refused to comment about the San Diego station launch.

According to an insider, Entravision will lose the Telemundo affiliateship in June and will strike a deal with another Spanish-language network, possibly Azteca América.

Entravision has ignored multiple requests for comment on the situation. No word yet on what will happen to the current Telemundo 33 news team after Entravision’s affiliate deal with Telemundo expires.