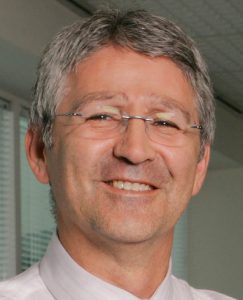 Emilio Sánchez, who has led the Washington, D.C. and Miami bureaus of Spain’s news agency EFE, and was most recently Director of Business Development, is being transferred to Mexico.

He starts April first in the newly created position of Director of the EFE bureau in Mexico.

“I leave Miami with mixed emotions. It is an honor to assume the responsibility to manage one of the most important news bureaus in a very delicate historical moment for Mexico,” Sánchez tells Media Moves. “I am extremely grateful to EFE for the trust it has placed in me.”

Sánchez says the plan is to “reinforce Mexico coverage and increase services geared to the United States and the rest of the region.”

Manuel Ortega, who until now was the Deputy Director of the Commercial Department in Spain, will take over Sánchez’s role, based out of the EFE office in Washington, D.C.

Sánchez took a leave of absence from EFE in 2011 to launch the English-language website VOXXI. Due to a lack of funding and poor web traffic, Sánchez was forced to shut down VOXXI in 2015.