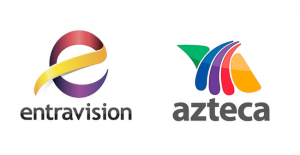 Entravision has confirmed that XHAS in San Diego, a Telemundo affiliate for over 20 years, will soon flip over to Azteca América programming.

Media Moves previously reported that Azteca América was the likely candidate to pick up the station affiliation, after Telemundo decided not to renew its agreement with Entravision.

Entravision will continue to run XHAS and keep the current Telemundo 33 news team to produce local newscasts from 5 to 6 pm and 11 pm.

Both companies signed an affiliate deal that goes beyond the San Diego station. Entravision signed a multicast agreement to launch Azteca programming in Laredo and Yuma. Those stations are already airing the Azteca signal.

Entravision will start broadcasting Azteca América’s programming in San Diego on March 15 expanding coverage and distribution in the market by July 1.