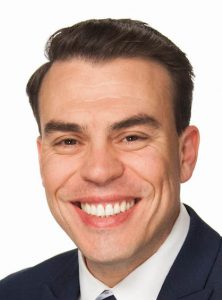 He has been tapped to take over the VP of News position left vacant by Sandra Thomas.

His last day in his current role at the San Jose station is April 14. Oldenburg has been at KSTS since 2014.

Prior to working at Telemundo 48, Oldenburg was Assistant News Director for KVEA Telemundo 52 in Los Angeles.

He has also worked for Univision and Telefutura Networks as an executive producer, line producer and associate producer.