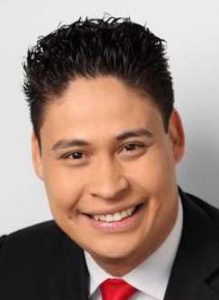 Johnathan Solarte was arrested Monday after he tried to flee from police during a routine traffic stop.

The 31-year-old Solarte, who works as Univision San Antonio’s main sports anchor since November of 2016, was booked on a third-degree felony charge of evading arrest, according to the San Antonio Express News.

A spokeswoman for the Bexar County Sheriff’s Office told the Express News that a deputy pulled Solarte after he disregarded a stop sign. He initially stopped, but then he fled the scene.

Deputies chased him and eventually caught and arrested him.

A Univision spokesperson would not comment on his situation, saying it’s a personnel matter.