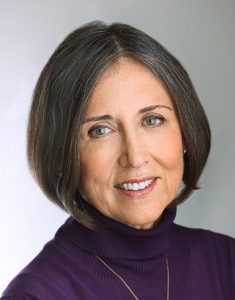 Retired NBC network news producer Cecilia Alvear passed away this afternoon after a long and brave battle with cancer.

She was a dedicated journalist, a champion for diversity, and a socially-conscious individual whose generosity of spirit made her a selfless and incredible friend. Her death is a great loss for those who knew and loved her and for those whose path she helped pave.

Cecilia was a pioneer who helped open the door for many Latina journalists.

Born in the Galápagos Islands, she left her native Ecuador in the 1960’s to launch her journalism career in the United States.

She was the first Latina to be hired as a production assistant at L.A.’s KNBC in 1971. When NBC News hired Cecilia to run its bureau in Mexico City in 1982, she became the first Latina news producer at any of the three major TV networks, covering wars in Central America, unrest in Chile, Peru, Colombia and Bolivia, and earthquakes in Mexico City, El Salvador and Ecuador. She also produced interviews with Fidel Castro in Cuba.

Cecilia was also the first Latina selected for a Nieman fellowship at Harvard University in 1988. She returned to NBC the following year, assigned to the Los Angeles bureau, where she continued to produce for the network’s news shows until she retired in 2007.

A founding member of the National Association of Hispanic Journalists (NAHJ), Cecilia served on the board for many years and was president of the organization from 2000 to 2002. She was inducted into the NAHJ hall of fame in 2007.

For years, she actively pushed for more diversity in newsrooms, additionally serving on the boards of UNITY-Journalists of Color and the Nieman foundation.

Cecilia’s career was interrupted in 1994 when she was diagnosed with stage three breast cancer. After an aggressive course of treatment, her cancer went in remission for 18 years.

In 2012, doctors told her the cancer returned – this time, the disease had spread to her bones. Despite treatment, a courageous battle and her desire to live, Cecilia succumbed to the cancer, surrounded by family.

Cecilia had the ability to keep a positive outlook on life in spite of her illness. She didn’t let it get in the way of helping and supporting others and staying involved in journalism organizations and activities, even volunteering to judge the Golden Mike awards in December of last year.

Cecilia frequently returned to the Galápagos Islands to help out the elementary school founded by her father as the first public school on the archipelago. She started the school’s first computer lab and helped local women create a business cooperative that bears her name.

She also hosted workshops for journalists in the islands and began a blog about news from Galápagos.

As a cancer survivor, Cecilia joined the organization Padres Contra el Cancer, which helps poor Latino families who have children undergoing treatment for the disease. She also worked with Dr. Susan Love’s foundation on projects designed to increase cancer awareness among Latinas.

There aren’t enough words to express how fortunate I was to know Cecilia. Throughout the almost 20 years of friendship, I’ve witnessed her kindness, generosity, help and support – not just to me, but to many others. So, it is with great sadness that I write about the passing of such an exceptional individual.

Rest in peace Cecilia. You will not be forgotten.

The family requests that people wishing to remember Cecilia donate to the National Association of Hispanic Journalists scholarship fund or to the City of Hope at https://ourhope.cityofhope.org/Cecilia