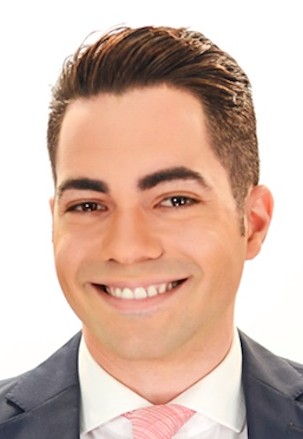 Christian De la Rosa has left WGCL-CBS in Atlanta for a new job as a reporter at the ABC affiliate in Miami.

“I love Atlanta but it’s time to be closer to family in Florida,” de la Rosa tells Media Moves. “This move is both personal and professional. It will allow me to be closer to my aging grandmother, who raised me. Miami is also an exciting news market and one of my favorite cities in the country. I can’t wait to make it home!”

De la Rosa, who is taking some time off between gigs, starts at WPLG-10 on April 17.

Before moving to Atlanta in June of 2015, he spent three years as a reporter at San Diego Fox affiliate KSWB.

He previously worked as an anchor/reporter for the English and Spanish operations of Central Florida News 13 in Orlando from 2007 to 2012.