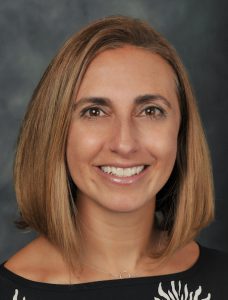 Telemundo’s yet to launch O&O station in San Diego will go by Telemundo 20 and will officially launch on July 1, 2017, after the local affiliation with Entravision ends this summer.

As it staffs up for the launch, the Telemundo Station Group today announced it hired Sabrina López as Vice President of Sales to lead all local, national and sales strategies across all of the station’s platforms.

Her first day in San Diego will be June 1.

López, who has worked over 16 years at NBCUniversal-owned TV stations, joins Telemundo 20’s team after working as Sales Manager and Business Development Director at WNJU Telemundo 47 for the past three years.

Before WNJU, she held roles as Director of Strategic Partnerships and Marketing and Local at NBC Universal and National Sales Manager at Telemundo Chicago.

She launched her career in broadcast sales as an Account Manager for Telemundo Denver in 2001.