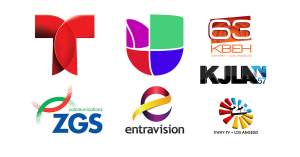 The FCC today released the results of the broadcast incentive auction and NBC/Telemundo was the biggest winner with a $481.6 million payout for its New York, Chicago and Philadelphia stations.

Univision came in second with a little more than $411 million.

Entravision and ZGS also scored juicy compensation, but four stations in Los Angeles – KBEH 63, KRCA 62, KJLA 57 and KWHY 22 – were among the most lucrative bidders, all picking up over $100 million to give up their spectrum.

You can read a detailed description of the compensation amounts of all the Spanish-language stations that participated in the auction and what will happen with some of those stations in a more in-depth story about the FCC auction outcome on Forbes.