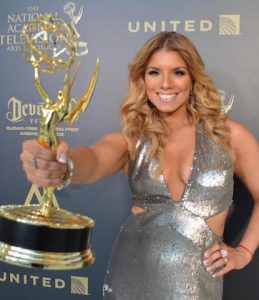 Last year, she won in the same category and also picked up an Emmy for Outstanding Entertainment Program in Spanish.

In her acceptance speech, she acknowledged the change in country’s new political climate and dedicated her Emmy to “people who are resisting intolerance, inequality, misogyny, xenophobia, and the rise of intolerance. Don’t allow anyone to tell you otherwise, diversity is beautiful.”

CNN en Español also won an award in the category Outstanding Entertainment Program in Spanish for its show “Destinos.”