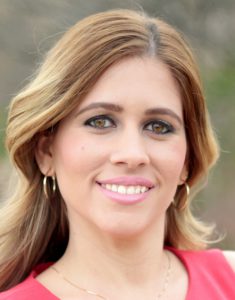 Niurma Sánchez has joined the station, replacing Ariel Rivera Vásquez who left KDEN for a job at Telemundo 60 in San Antonio.

She started at KDEN this week.

Sánchez moved to Denver from WSCV Telemundo 51 Miami, where she worked as a freelance meteorologist since December 2016.

She was previously a weather forecaster at the Cuban Institute of Meteorology (INSMET) from 2012 to 2014.